Since 1929, Amerock® Hardware has set out to offer decorative hardware solutions that inspire, coordinate and help express personal style throughout the home. Amerock prides itself in being a trend leader that offers high quality products that make the biggest difference in our customers’ homes.

We understand the importance in giving options that allow people to Express Their Personal Style at a price point that they can afford.

Notable designer, guest on HGTV's House Hunters, as well as go-to consultant to a host of celebrity designers the likes of which include Candice Olson. In addition to those titles, Adrienne Morea is also the recipient of the coveted Ernst and Young Entrepreneur Of The Year, and Stevie Awards.

As CEO and Creative Director of Atlas Homewares, Adrienne Morea knows how to connect with consumers seeking to add style to their homes. She was first inspired to design hardware when looking to dress up her own very first apartment. Humble though it was, she knew she could create some spectacular pieces to transform her décor from bland to bling. As a result, she incorporated what she had learned from her jewelry design business to create a new company she named "Atlas Homewares", which featured, as she states, "jewelry for the home".

Since 1957, we’ve supplied fine cabinet hardware to customers like you who appreciate quality, beauty and value. Our vision is to make Berenson your first choice for decorative hardware solutions.

Over the years, we’ve built lasting relationships based on trust, integrity, and mutual respect. As a privately owned family business, our first obligation is to you, our customers.

“Creations”® by Alno is celebrated throughout North America for its original design and manufacture of fine decorative hardware, mirrors and bath accessories, made from the very best materials: solid brass, bronze and Swarovski Crystals.

Headquartered in Sylmar, CA, just north of Los Angeles, the family-run enterprise offers 24-hour shipping to decorative outlets across the United States, as well as in Canada and Mexico.

Emtek is dedicated to helping bring your personal style to life. Door hardware is more than a way to open, close, and secure a space. To us, it is an integral part of a room’s design theme. Each order is custom assembled in our Southern California facility.

There is no predetermined combination of knobs, levers, rosettes and finishes; we let you mix and match according to your own taste. Door hardware should make a statement, your statement.

Started in 1994, the Laurey product line was developed by former Allison/Amerock executives Steven Friedel and Sanford Steiger.  Over the past 20 years, the product has transformed from a short selection of value based products to a complete program offering a very full range of quality decorative and functional cabinet hardware.

Today, our management team consists of the most industry seasoned executives in the trade with a combined 100+ years of experience.  We ship from our 2 full-line Distribution Centers in Lexington, KY and San Diego, CA. 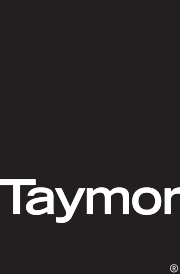 Built on a solid reputation of quality, design and service, Taymore is one of North America's leading architechtural hardware designers and distributors. Family owned since 1948, the same enduring values that motivated founder Jake Zalkowitz, inspire our company today.

Our commitment to our people and to our customers is at the heart of our offering, which underlines our award-winning emphasis on quality, affordability and unparalleled value and service. 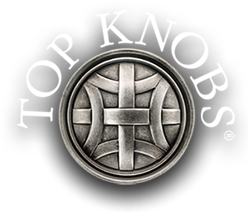 We have the greatest selection of products, the largest number of showrooms, and the top sales volume. Top Knobs products are prominently displayed in leading kitchen, bath and decorative hardware showrooms in North America.